Patrick Warner was born in Claremorris, Co. Mayo, Ireland in 1963 and emigrated to Canada in 1980. He studied at Memorial University of Newfoundland, completing a conjoint BA in Anthropology and English and later obtaining an MLIS degree from the University of Western Ontario. He currently resides with this wife and daughter in St. John's where he is employed as a Librarian at the Queen Elizabeth II Library. His poetry and prose have appeared in numerous publications. 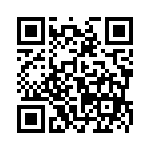