AGAINST RACE: Imagining Political Culture Beyond the Color Line

An insightful but overly academic treatment of race by Yale sociologist Gilroy (The Black Atlantic, not reviewed). "Raciology" is scholarly jargon not to be found in Webster's but common on these ... Read full review

Only got 40 or so pages in. Interesting stuff, maybe, but far too academic and long-winded for me. Read full review 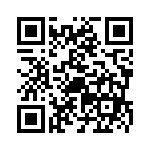