At first I didn't know what I was getting into with this books. A few chapters were all over the place, but some of the chapters were just awesome. Though there was some spots that I couldn't ... Read full review

This book started out pretty good, I was following the story nicely. Then all of a sudden he cuts to some other characters that I don't care about and tho book turns to shit. Read full review 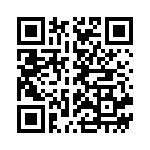