Notice!!!
To Whom It May Concern,What is your situation? Need 100% financing, Can't verify income, Can't verify employment, Recently self-employed, Bankruptcy, Collections, Credit Issues. Contact us today for all kinds of loans and you will be given the best of all financial support such as, *Project Financing *Business Loans *Personal Loans *Debt Consolidation *House Loans *Line of Credit *Car Loans *Combination Loan.
We are direct lenders and into 100% International Project Financing and we are currently looking for Loan agents/broker to work with us, we shall be very glad to work with you as our loan broker or agent in your country.
FOR MORE INQUIRY CONTACT US VIA THE FOLLOWING E-MAIL:
mighamcreditfinance@outlook.com
francamighamcreditfinance@gmail.com
Tel +447087690775
Best Regards
Mrs. Franca Philip
Online Advertising Agent
Migham Credit Finance Ltd UK

Smartly organized and edited, Access Controlled is essential reading for anyone interested in studying the methods governments are using globally to stifle online expression and dissent. There is simply no other resource out there like this; it should be required reading in every cyberlaw or information policy program.
The book, which is a project of the OpenNet Initiative (ONI), is divided into two parts. Part 1 of the book includes six chapters on “Theory and Analysis.” They are terrifically informative essays. The beefy second part of the book provides a whopping 480 pages(!) of detailed regional and country-by-country overviews of the global state of online speech controls and discuss the long-term ramifications of increasing government meddling with online networks.
The book offers a useful taxonomy to illustrate the three general types of speech and information controls that states are deploying today. Throughout the book, various authors document the increasing movement away from "first generation controls," which are epitomized by "Great Firewall of China"-like filtering methods, and toward second- and third-generation controls, which are more refined and difficult to monitor.
The individual authors seem to adopt a somewhat gloomy outlook toward the long-term prospects for "technologies of freedom" relative to "technologies of control." But I think it’s vital to put things in some historical context in this regard. It's important to recall that, as a communications medium, the Net is still quite young. So, is the Net really more susceptible to State control and manipulation than previous communications technologies and platforms? I'm not so sure, although it's hard to find a metric to compare them in an analytically rigorous fashion. It's certainly true that the State has access to more data about its citizens than in the past, but it's also true that we have more information about the State than ever before, too! And, again, we also have access to more of those technologies of freedom than ever before to at least try to fight back. Compare, for example, the plight of a dissident in a Cold War-era Eastern Bloc communist state to a dissident in China or Iran today. Which one had a better chance of getting their words (or audio and video) out to the local or global community?
Despite those small quibbles, Access Controlled is an indispensable resource that belongs on the bookshelf of anyone who covers information technology policy and wants to better understand global Internet regulation. Highly recommended. [You can find my complete review at the Technology Liberation Front Blog: http://techliberation.com/2010/06/08/book-review-access-controlled-the-shaping-of-power-rights-and-rule-in-cyberspace ]

Ronald Deibert is Associate Professor of Political Science and Director of the Citizen Lab at the Munk Centre for International Studies at the University of Toronto. John Palfrey is Henry N. Ess II Professor of Law and Vice Dean for Library and Information Resources at Harvard Law School. Rafal Rohozinski is a Principal with the SecDev Group, a global strategy and research analytics firm. Jonathan Zittrain is Professor at Harvard Law School and the author of The Future of the Internet--And How to Stop It. Deibert, Palfrey, Rohozinski, and Zittrain are the coeditors of Access Denied: The Practice and Policy of Global Internet Filtering (MIT Press, 2008). 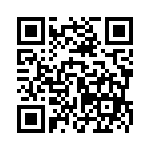