A reenchanted world: the quest for a new kinship with nature

Since the industrial era, our connection with the environment has been one of utilitarianism and capitalist interests. Recently, however, the greening of our culture has been moving from society's ... Read full review

James William Gibson is the author of Warrior Dreams: Paramilitary Culture in Post-Vietnam America and The Perfect War: Technowar in Vietnam. A frequent contributor to the Los Angeles Times and the winner of multiple awards, including a Guggenheim Fellowship, Gibson is a professor of sociology at California State University, Long Beach. He lives in Los Angeles. 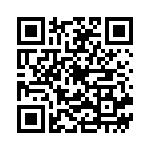