It will change how you think about religion

This book is the single, most influential volume on religion I've ever read. If you're interested in the foundation of modern religion - especially if you are an atheist or have left religion - I ... Read full review

It is discouraging to see Karen Armstrong misquote and perpetuate the antiquated concept of the Aryan Invasion of India: this concept serves to make Vedic culture later than and possibly derived from Middle Eastern cultures. With the proximity and relationship of the latter with the Bible and Christianity, this kept the Hindu religion as a sidelight to the development of religion and civilization to the West....

Karen Armstrong is the author of numerous books on religion, including The Case for God, A History of God, The Battle for God, Holy War, Islam, Buddha, and Fields of Blood, as well as a memoir, The Spiral Staircase. Her work has been translated into 45 languages. In 2008 she was awarded the TED Prize and began working with TED on the Charter for Compassion, created online by the general public, crafted by leading thinkers in Judaism, Christianity, Islam, Hinduism, Buddhism, and Confucianism. It was launched globally in the fall of 2009. Also in 2008, she was awarded the Franklin D. Roosevelt Four Freedoms Medal. In 2013, she received the British Academy’s inaugural Nayef Al-Rodhan Prize for Transcultural Understanding. 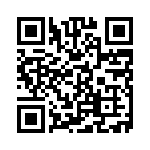