Reviewed by Anne B. for Readers Favorite
Rick was a Taxi driver but on the side was a carrier sometimes with hash or pot and he delivered it for a tip. It didn’t matter to him what he was delivering just as long as he was paid. This time was different; he had a cardboard box. Curious as to the contents, he opened it and then resealed it just as he found it. He knew he was in over his head. Something startled Janice, waking her up. The other side of the bed was empty; Rick wasn’t home. Would he ever come home again? The dreams continue to plague her. She has had these dreams before her uncle died. Two police officers mistake Steve for the man they have been searching for. With no warning they shoot out his rear window. When they realize their mistake they threaten to arrest him for drunkenness and indecent exposure if he reports them. He rethought his cooperation once he arrived at home. He lodged his complaint and held a press conference.
Bob MacKenzie has a special talent for setting the ambiance in a scene. As he describes Janice’s dreams I question what is real, what is a dream, or could it have been a bit paranormal? When he describes Steve stopping to relieve himself I could see the street all cloaked in darkness, shadows and more than a bit of shabbiness. MacKenzie sets the atmosphere and then skillfully allows the scene to play out as though it wrote itself. The threads in this story appear to be deceivingly and only marginally connected. He makes it all look so easy. He allows the tension to build to a crescendo leaving the reader about pondering what has just happened. When you read one of MacKenzie’s books you will know he will take you on a journey out of the ordinary.

Canadian novelist, poet, performer, and arts reviewer Bob MacKenzie has been widely published across North America and as far away as Australia in publications that include The Dalhousie Review, University of Windsor Review, Ball State University Forum and many more and been arts reviewer and commentator on regional and national CBC radio in Canada. Eleven books of Bob's poetry and prose have been published, including four e-books, and his work has been featured in numerous anthologies. Bob's poems have been reproduced by visual artists and sculptors and a public art gallery has devoted an entire visual arts exhibition to his poetry. He is possibly the only poet to have versions of his poetry owned by the Canada Council's National Art Bank. With the performance ensemble Poem de Terre, he has performed much of his poetry live and recorded with original music. the group has released six albums. Throughout his career, Bob has also presented performances by other artists, beginning with two major readings that featured a young George Bowering, later to become Poet Laureate of Canada. Drawing upon a tradition of art that originates before historic memory, Bob considers all arts to be part of a greater whole, as story - originally used in ritual and religion and to express the news and morés of culture. This unified tradition of the arts is the basis for Bob's multi-media approach, integrating his written and spoken words with various other artistic media. For almost five decades, he has expressed his art in a melding of formats that includes printed, spoken, and sung words; live and recorded performance; and multi-media visual art involving photography, painting, print making, and collage. Bob has received a number of awards for his poetry, prose, and scripts including a prestigious Ontario Arts Council Grant. Besides A Gathering of Shadows, Bob's most recent publications from Dark Matter Press are "Ghost Shadow: Unfinished Sins" and "To Whom It May Concern. 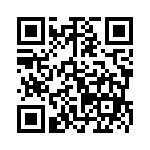