Excellent source material for my rolegaming campaign. Well organized, clear and lucid prose, and free of the woo that has so tragically infected Central American studies. Read full review

The purpose of this book, written by scholars on the subject, Linda Schele and David Freidl, appears to be twofold. Firstly, to reveal or rather decode the hieroglyphs, of what they believe, are the ... Read full review

David Freidel has been a Maya archaeologist for twenty years. He teaches at Southern Methodist University in Dallas. 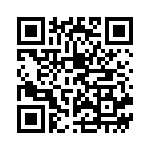