I enjoyed this installment very much! Just the right amount of science, intrigue, romance, politics, psychology, ethical dilemmas...a whole lot pumped into one story. Much like life...only in a totally unique setting. Looking forward to the ending later this year! Read full review

A. M. DELLAMONICA is the author of Indigo Springs, winner of the Sunburst Award for Canadian Literature of the Fantastic, and its concluding sequel, Blue Magic. Her short stories have appeared in a number of fantasy and science fiction magazines and anthologies, and on Tor.com. 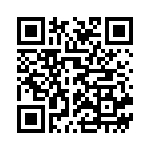