Paul Strathern was born in London in 1940. He studied physics, chemistry and maths at Trinity College, Dublin, before switching to philosophy. He is the author of several novels, including A Season in Abbyssinia, which won a Somerset Maugham prize, and two highly successful series of short introductory books, Philosophers in 90 Minutes and The Big Idea: Scientists Who Changed the World. His most recent books include Mendeleyev's Dream, which was shortlisted for the Aventis Science Book Prize in 2001, Dr. Strangelove's Game: A History of Economic Genius and The Medici: Godfathers of the Renaissance. 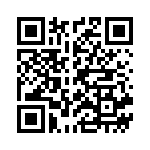