Leon Rooke was born in Roanoke Rapids, North Carolina in 1934. He attended Mars Hill College and the University of North Carolina. In addition to writing novels and short stories, he is also an anthologist and a playwright. He is the recipient of many awards and honours including the Governor General's Fiction Award for "Shakespeare's Dog", the Canada-Australia Prize, the Paperback Novel of the Year Award for "Fat Woman", The Pushcart Prize and the North Carolina Award for Literature. He is the founder and artistic director of Eden Mills Writers' Festival. Rooke currently resides in Winnipeg. 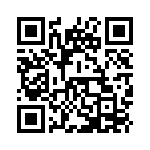