This is a wonderful book. Thank heavens Paul Raczka finished it before his passing. He has preserved much for future generations.

Everything is connected" was what the traditionalist elders said in talking about almost anything in Blackfoot culture. That was almost 50 years ago, and since then Paul Raczka has worked to show those connections between the art, language, music, history and oral traditions. Niitsitapiiysin, the "Blackfoot way of life", is how it is all called, and explained to others. It is a holistic, rather than a segmented look at people, be they Blackfoot or otherwise. In 1976 he was hired as a Native American Studies Sessional Lecturer, at the University of Lethbridge to develop and implement a course approach to Canadian Native Art History, one of the first of its kind in Canada. Through the years his numerous articles, book sections, conference, and symposium papers as well as lectures dealing with Native art and history from the perspective of Native traditionalists brought a fresh, holistic, viewpoint. In 2004 those viewpoints were incorporated by the Canadian Government in its new Intellectual Property Policy Directorate validating tribal intellectual traditions.His work with, and for, the Blackfoot people continued with the Cultural Impact Survey of the Peigan Indian Reserve, consulting on the feasibility study for the Cultural Renewal Facility on the Piikani Reserve, and the Blackfeet Traditional Land Use Survey, Blackfeet Reservation, Montana. This Winter Count, as well as the first publication of a part of it, has been more of an on going conversation rather than a simple statement. Bull Plume's ledger brought out the stories from those elders still living, and their encouragement as to the importance of the work. Through the years the stories continued to come, almost as if they had been waiting, and the book grew. As Raczka says, "These are not my stories, but stories of the Blackfoot people. Stories that have been waiting for a long time to be heard. Stories of Niitsitapiiysin, the Blackfoot way of life. 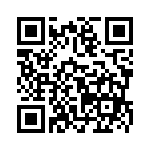