Charles C. Mann is a correspondent for The Atlantic Monthly, Science, and Wired. He has also written for Fortune, The New York Times, Smithsonian, Technology Review, Vanity Fair, The Washington Post, the television network HBO, and the television series Law and Order. He has received writing awards from the American Bar Association, the American Institute of Physics, the Alfred P. Sloan Foundation, and the Lannan Foundation. He has written or co-written several books including The Second Creation: Makers of the Revolution in 20th-Century Physics, The Aspirin Wars: Money, Medicine, and 100 Years of Rampant Competition, Noah's Choice: The Future of Endangered Species, At Large: The Strange Case of the Internet's Biggest Invasion, and 1493: Uncovering the New World Columbus Created which made The New York Times Best Seller List for 2012. His book, 1491, won the National Academies Communication Award for the best book of the year. 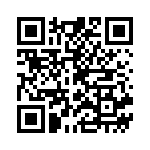